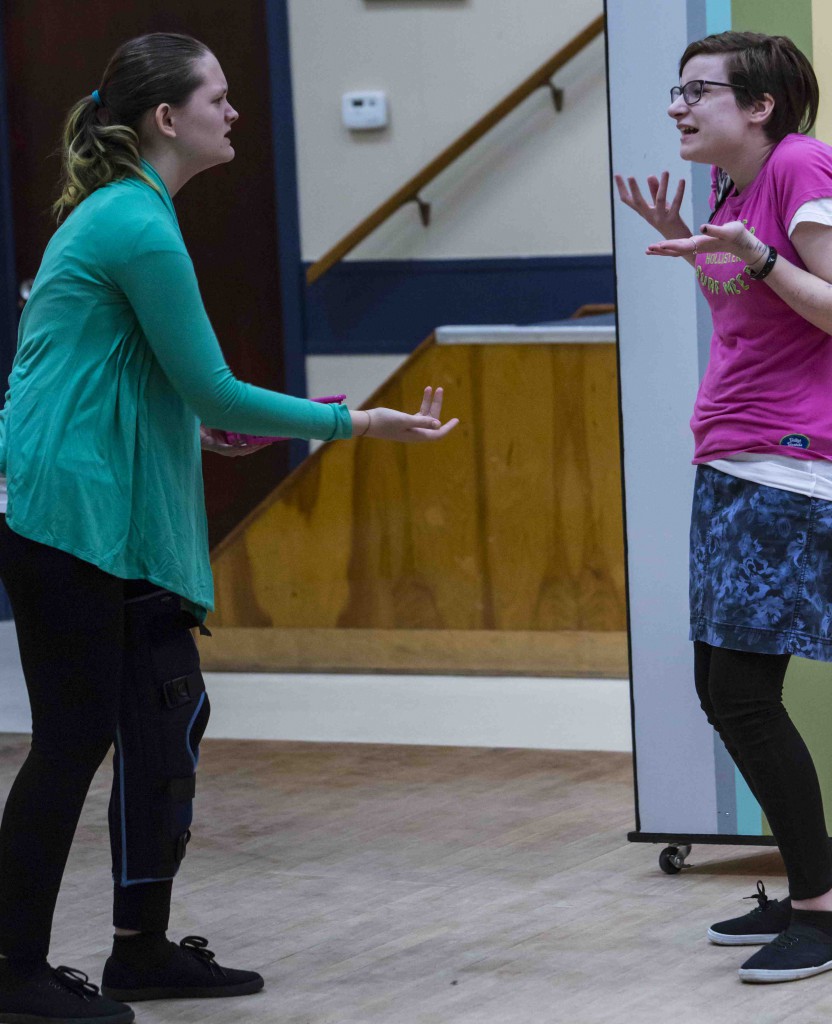 During the final two weeks of April, a new youth theatre troupe called Listen Up, Lanark County! will be touring to Almonte/Mississippi Mills, Carleton Place, Smiths Falls and Perth. Staging a new hour-long play entitled Jessie’s Song, it focuses on the ripple effects of teen suicide on a community.

Produced by Burning Passions Theatre, the project is a collaborative effort by a quartet of teenagers who have worked to develop the play, facilitated by the company’s Artistic Producer Laurel Smith, who also helms the summertime Classic Theatre Festival in Perth. Also working with the troupe will be Community Engagement Intern and recent Carleton University Bachelor of Social Work graduate, Gillian Scott.

“It’s a great opportunity for young people to come together and, in an unfiltered way, express their most honest and heartfelt thoughts about the compelling challenges they face on a daily basis, obstacles which tend to be invisible to so many of us in the adult world,” says Smith.

Listen Up, Lanark County! is in its second year following a successful 2015 launch, which played at the national Youth Centres Canada conference before hundreds of teenagers from across the country and in Perth as well. The project was created to address uniquely rural challenges faced by teenagers, from the lack of transportation and youth homelessness to issues of gender fluidity, depression and anxiety, sexual assault, substance abuse, and self-harm.

Many of those challenges have been documented in reports by regional health units and in media coverage that reveals the significant risks faced by a younger demographic. A 2015 report by the Canadian Institute for Health Information found that emergency hospitalization involving at least one overnight stay for young people aged 5 to 24 to address mental health crises had increased 37% in the last seven years, with the age group most affected 15 to 17.

The despair facing many teenagers is also reflected in statistics compiled by CHEO, which has found that 79% of children and youth assessed by crisis intervention workers in emergency had shown suicidal behavior, and over one-third had a suicide plan or had made an attempt.

“Despite this, there’s still so much stigma and silence in talking about mental health issues,” explains Smith, “and so this theatre piece is one more opportunity to have a serious discussion that is based on the real lived experiences of the young people in our own communities.” This year, troupe members include Perth’s Kaija Evangelho and Tara Kreissler (veterans of the project’s first year) and newcomers Garrett Pipher of Smiths Falls and Ruby Davidson of Tay Valley.

All performances will feature a talk-back session, resource materials for people needing assistance, and an on-site social service worker who can assist with anyone who may be triggered by the content. The show is supported by the Ontario Arts Council, the Perth & District Community Foundation, YAK Youth Services, Kiwanis Club of Perth-on-Tay, Lioness Club of Perth, First Baptist Church, Unifor, Basilian Human Development Fund, and the Crabtree Foundation.

All performances are free (donations will be gratefully accepted, but no one will be turned away for lack of funds). To see the performance schedule and for more information:
visit www.burningpassionstheatre.com, call (613) 264-8088, or email burning@web.ca.