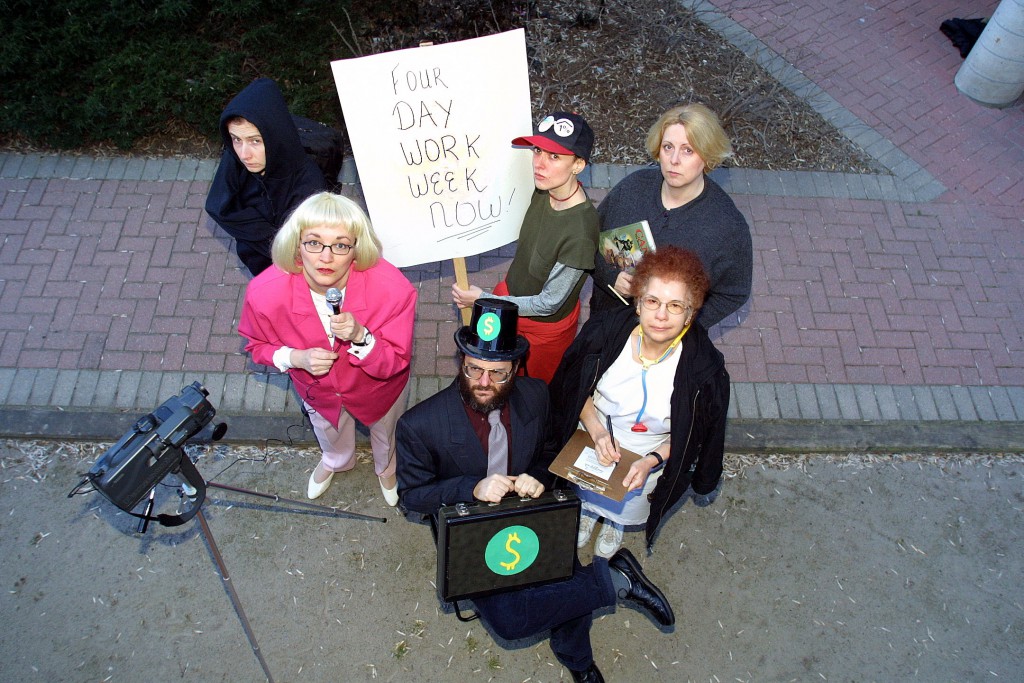 A new theatre piece which goes beyond the stereotypes and soundbites that tend to dominate political discussion in Ontario comes to Mayworks on Thursday, May 2nd at the Medical Sciences Building, University of Toronto at 7:30 pm.  This performance is part of a three-month tour throughout Ontario communities (see schedule attached).

“Ontario, Yours Too…”, staged by Burning Passions Theatre in collaboration with the Ontario Coalition for Social Justice’s “Fit to Govern” campaign, the show is an opportunity to use drama, comedy and song to reflect on the human issues behind the headlines about the environment, health care, welfare cuts, poverty, and the erosion of democratic rights.

Making use of an interactive popular theatre style, the show is also about community engagement and empowerment, themes which underscore the Fit to Govern campaign’s goal of building lasting community networks that survive regardless of which party sits at Queen’s Park. After the one-hour staged presentation, audience members will be encouraged to interact with Burning Passions troupe members in an exercise or two that uses theatre as a means of discussing issues and solutions to a local conflict or divisive political issue.

“Burning Passions Theatre has always been about bringing to the spotlight voices that are often marginalized in our society,” says artistic director and performer Laurel Smith. “We don’t necessarily have the answers to society’s problems, but we feel one of our roles is to pose the questions that don’t always get asked, but need to.

“This new piece strives to get beyond one-dimensional characters–the greedy banker, the welfare cheat, the minimum wage McWorker struggling with whether to organize a union–in a way that questions how and why we live our lives in this manner, and whether we can find another way of relating to one another  that brings about equality for all the people of Ontario, not just those with a lot of money, power and privilege.

“This show isn’t about Tories or Liberals or the NDP, it’s about us, the people of Ontario–both the people who profit, and the people who get hurt in the process. We think theatre is a great way to get beyond the labels which divide us to find the commonalities which bridge our lives.”

Ontario, Yours Too… Touring Schedule