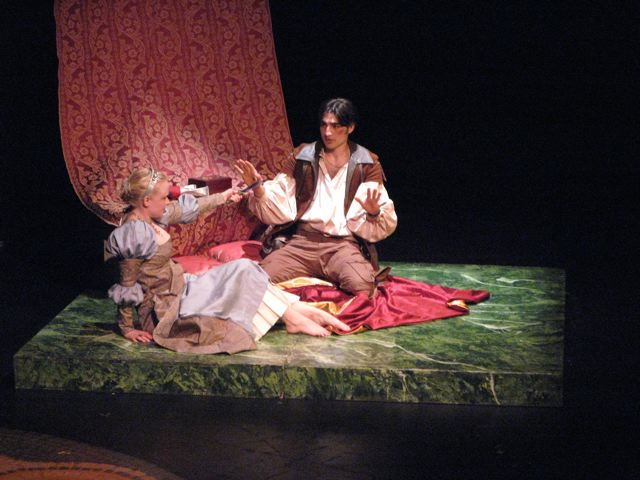 Burning Passions Theatre and Some Strange Reason Theatreworks are proud to present David Copelin’s 2005 Fringe Festival hit Bella Donna. The play runs at The Berkeley Street Theatre Upstairs from May 16 to June 7, 2008.

Excommunicated by her father’s successor as Pope, weary of her husband’s infidelities, Lucrezia finds passion with Giovanni, a young soldier she meets while both are in disguise. As war looms, the irony of unintended consequences reveals a long-buried secret that tests everyone in the play. Sharp, satiric, full of hot-blooded characters, David Copelin’s Bella Donna dramatizes a world where religious faith takes surprising forms, lies fuel history, and gossip might as well be truth.

Winner of the 2005 Fringe Festival Best Play Award, a shorter version of Bella Donna became a Fringe Patron’s Pick and played to sold-out houses. This new Toronto production follows the highly successful run at the RCA Theatre in St. John’s, Newfoundland and Labrador in April 2007.

A Burning Passions Theatre and Some Strange Reason Theatreworks co-production.

Friday May 16 to Saturday June 7